The Community Councillors are unpaid and give up their time voluntarily.  When we have the full complement of members, there are nine councillors – seven members represent the Trefriw ward and two represent the Llanrhychwyn ward. Their names and contact details are listed on the village notice boards and below.

Members’ Code of Conduct – Register of Financial and other Interests,  Declared May/June 2022

Kim moved to Trefriw in 1999 with partner Tony – they had a wonderful wedding at Gwydir Castle in 2011. Kim worked with Conwy Education Services until retirement beckoned in 2015. She is secretary to Trefriw Walkers are Welcome, and is a member of Trefriw Historical Society.

Jasmine moved to Trefriw with her husband in 2017 to pursue their dream of running a B&B following careers in the civil service. She also volunteers for Conwy Library Service.

Lucy moved to Trefriw from Llandudno Junction in 2016. She is a trustee of the Higgins Trust.

Stephen moved to Trefriw in 2018 with his young family. He is now a full time dad after teaching English for 10 years in a secondary school.

I have lived in Trefriw since 1988 and my Trefriw family go back several generations.  I work part time as a Community Nurse in the rural area of Conwy.

Vikki moved to Trefriw in July 2018.  Before moving to the village, she worked for over 20 years as a property lawyer for various solicitors and conveyancing firms within Northampton.  Whilst taking a break from conveyancing, she also worked for Northamptonshire Police within the Research Department.  Vikki has recently started learning welsh at Abergele College. 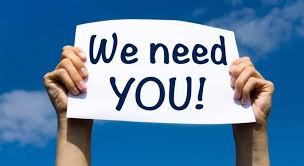 Vacancies for the Trefriw Ward